In the heat of the summer, as my family and I switch gears a bit from suitcase living and transition in to a slightly more permanent dwelling, I’m transitioning a bit of my mental and work focus as well: book writing.

My next book has been percolating for a year now, and I collected stories, thoughts, and research during our year of travel. And just like most of life ebbs and flows in seasons, so, too, does my writing life.

There are times when I’m full-force here on the blog, and other times, I take a step back (normally I take a blog break for 4-6 weeks every summer, but I skipped that this year due to our trip re-entry). Another time I go easier on the blog is when I’m working on a book. That time is now fully here for me.

So, for the end of this summer and into early fall, I’ve welcomed some fantastic storytellers to temporarily join our already-full calendar of regular contributions, and you’re gonna love them (people like Emily Freeman, Sarah Bessey, Seth Haines, and Deidra Riggs, just to name a few). I’ll keep podcasting regularly, and I’m sure when writer’s block hits, you’ll still find me on Instagram or Facebook (click ‘follow’ if you’d like to keep up with my personal account there).

Speaking of Facebook, recently I asked my friends there for a bit of help as I roll up my sleeves for this next full-forced chunk of book writing. I posted this:

“I like reading books similar to the genre of the one I’m writing, so I’d love some suggestions from you while I’m working on this current book. It’s a memoir, but not heavy-handed; it’s a travel book but not how-to. (Think Bill Bryson-esque.) Tell me of some books that tell a non-fiction story in a narrative style—witty, not silly, has subtle takeaway themes but isn’t preachy or prescriptive. In other words, I want books whose primary purpose is to entertain with a good story. (Travel isn’t necessary, but I do love those.) (Oh, and I already know about Wild, Eat Pray Love, Under the Tuscan Sun, A Year in Provence, and all of Bill Bryson‘s works.)”

For this week’s post, I thought I’d share some of their answers, the ones I’m most excited about reading this fall as I work on my book. Care to join me in reading them? I’d love that.

In the comments, I’d love for you to share your book ideas that fit this narrative memoir genre. It’s one of my favorites. 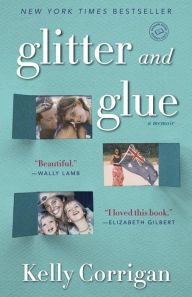 “After college, armed with a backpack, her personal mission statement, and a wad of traveler’s checks, Kelly took off for Australia to see things and do things and Become Interesting. In a matter of months, her savings shot, she had a choice: get a job or go home. That’s how Kelly met John Tanner, a newly widowed father of two looking for a live-in nanny. They chatted for an hour, discussed timing and pay, and a week later, Kelly moved in. And there, in that house in a suburb north of Sydney, 10,000 miles from the house where she was raised, her mother’s voice was suddenly everywhere.”

“This is the action-packed tale of Roald Dahl’s exploits as a World War II pilot—his encounters with the enemy, his worldwide travels, the life-threatening injuries he sustained in a plane accident, and the rest of his sometimes bizarre, often unnerving, and always colorful adventures. Going Solo brings you directly into the action and into the mind of this fascinating man.” 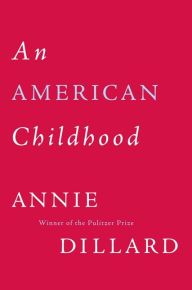 “Dillard’s luminous prose painlessly captures the pain of growing up in this wonderful evocation of childhood. Her memoir is partly a hymn to Pittsburgh, where orange streetcars ran on Penn Avenue in 1953 when she was eight, and where the Pirates were always in the cellar. Dillard’s mother, an unstoppable force, had energies too vast for the bridge games and household chores that stymied her. Her father made low-budget horror movies, loved Dixieland jazz, told endless jokes and sight-gags and took lonesome river trips down to New Orleans to get away.” 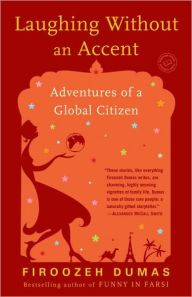 Laughing Without an Accent

“With dry wit and a bold spirit, Dumas puts her own unique mark on the themes of family, community, and tradition. She braves the uncommon palate of her French-born husband and learns the nuances of having her book translated for Persian audiences (the censors edit out all references to ham). And along the way, she reconciles her beloved Iranian customs with her Western ideals.” 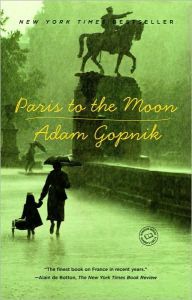 Paris to the Moon

“In 1995, Adam Gopnik, his wife, and their infant son left the familiar comforts and hassles of New York City for the urbane glamour of the City of Light. Gopnik is a longtime New Yorker writer, and the magazine has sent its writers to Paris for decades–but his was above all a personal pilgrimage to the place that had for so long been the undisputed capital of everything cultural and beautiful. It was also the opportunity to raise a child who would know what it was to romp in the Luxembourg Gardens, to enjoy a croque monsieur in a Left Bank café—a child (and perhaps a father, too) who would have a grasp of that Parisian sense of style we Americans find so elusive.” 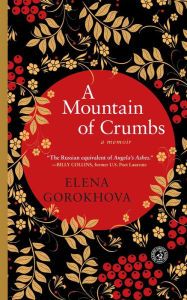 A Mountain of Crumbs

“Elena’s country is no longer the majestic Russia of literature or the tsars, but a nation struggling to retain its power and its pride. Born with a desire to explore the world beyond her borders, Elena finds her passion in the complexity of the English language—but in the Soviet Union of the 1960s such a passion verges on the subversive. Elena is controlled by the state the same way she is controlled by her mother, a mirror image of her motherland: overbearing, protective, difficult to leave. In the battle between a strong-willed daughter and her authoritarian mother, the daughter, in the end, must break free and leave in order to survive.” 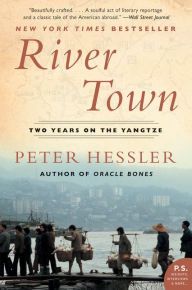 “In the heart of China’s Sichuan province, amid the terraced hills of the Yangtze River valley, lies the remote town of Fuling. Like many other small cities in this ever-evolving country, Fuling is heading down a new path of change and growth, which came into remarkably sharp focus when Peter Hessler arrived as a Peace Corps volunteer, marking the first time in more than half a century that the city had an American resident.” 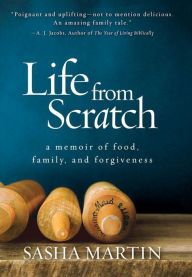 “Over the course of 195 weeks, food writer and blogger Sasha Martin set out to cook—and eat—a meal from every country in the world. As cooking unlocked the memories of her rough-and-tumble childhood and the loss and heartbreak that came with it, Martin became more determined than ever to find peace and elevate her life through the prism of food and world cultures.” 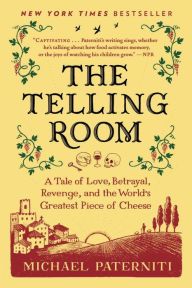 The Telling Room: A Tale of Love, Betrayal, Revenge, and the World’s Greatest Piece of Cheese

“In the picturesque village of Guzmán, Spain, in a cave dug into a hillside on the edge of town, an ancient door leads to a cramped limestone chamber known as ‘the telling room.’ Containing nothing but a wooden table and two benches, this is where villagers have gathered for centuries to share their stories and secrets—usually accompanied by copious amounts of wine. It was here, in the summer of 2000, that Michael Paterniti found himself listening to a larger-than-life Spanish cheesemaker named Ambrosio Molinos de las Heras as he spun an odd and compelling tale about a piece of cheese.” 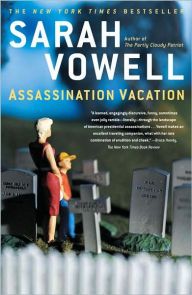 “Sarah Vowell exposes the glorious conundrums of American history and culture with wit, probity, and an irreverent sense of humor. In this one, she takes us on a road trip like no other—a journey to the pit stops of American political murder and through the myriad ways they have been used for fun and profit, for political and cultural advantage.”

Our first guest writer, Ed Cyzewski, starts next Tuesday, but I’ll still be here with my podcast and occasional waving-hi sort-of posts! In the meantime—tell me your favorite wandering, narrative-style memoirs. Whatcha got for me?

(Affiliate links are used in this post, which means at no extra cost to you, ordering things after clicking on them means you’ll help financially support this site. Thanks!)