I never thought I would bake my own bread.

After my first passing attempt at homemade whole wheat bread years ago, I got reviews like, “Wow, that’s dense.”  I happily submitted to the fact that bread-making wasn’t for me. I knew where all the bread outlets in my city were, so I had a frugal option for whole grain bread anyway. Why bother with all that work?

I am shaking my head in disbelief as I write this: I haven’t bought bread in months.

I realized cooking from scratch isn’t exclusively for frugality, but also for health. Even if they won’t save me pennies (or dollars), there are some homemade foods that so far surpass any store bought variety in nutrition, I just have to make them myself.

I have transitioned to making an awful lot of things from scratch, but it doesn’t have to be an all or nothing endeavor.

When I analyze my homemade recipes for both nutrition and budget, five foods come out on top as those that I simply couldn’t compromise on. 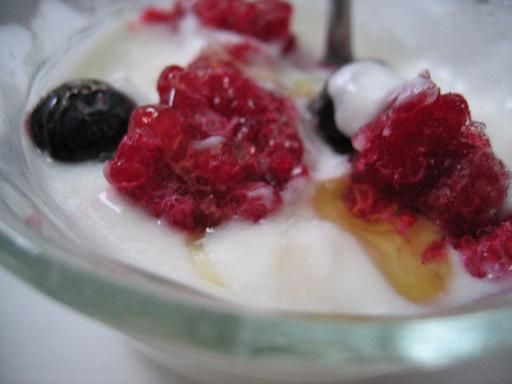 I make nearly a gallon of yogurt a week for my family of four, saving $250-300 a year over the 32 oz. tubs. If we bought the little cups, I shudder to think how much we might spend!

As a cultured food, yogurt is filled with power-packed nutrition and probiotics that keep my family healthy. It makes just about every “super food” list you can find and deserves a place in any healthy kitchen.

Making yogurt is also an essential because it’s so very simple to do. Homemade yogurt has two ingredients and takes about 15-20 minutes of active work time, spaced out in four sections:

It’s really that simple, and I never ever have to get out my recipe. You may want a bit more detailed instruction for your first few times, which you can find at this homemade yogurt tutorial. 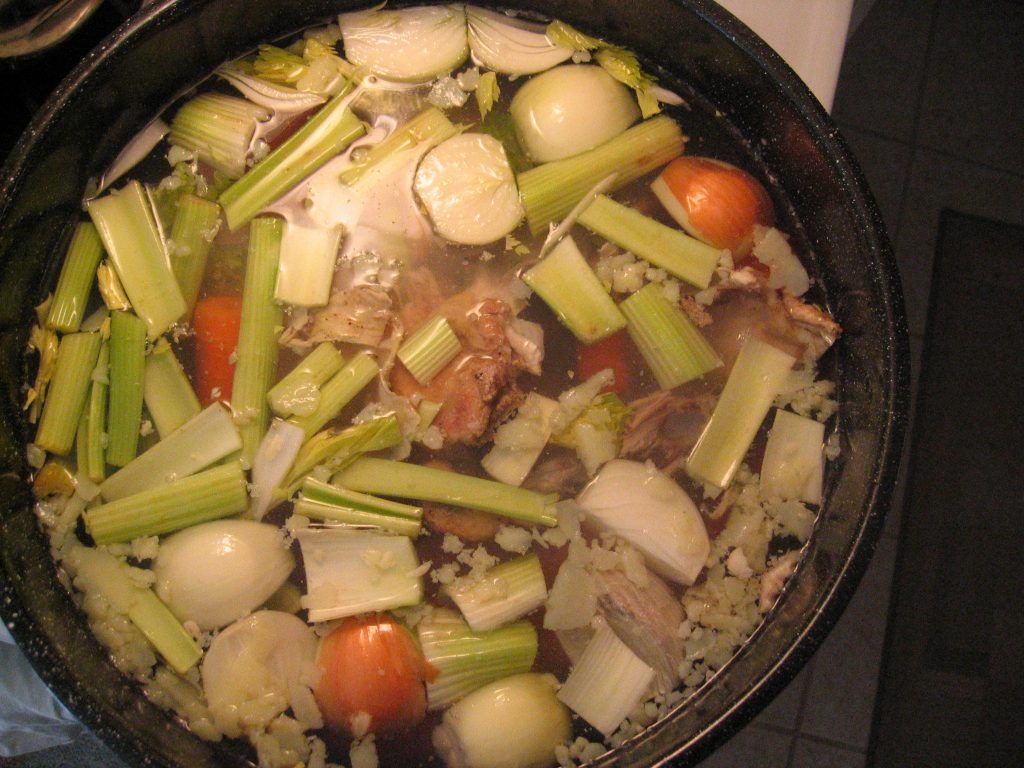 Homemade chicken stock is another sure winner: it’s fairly simple to accomplish, extremely good for you, and takes garbage and transforms it into food – clearly a frugal feat.

I only buy chicken with bones now days, partly because quality meat is so expensive, but mostly so that I can keep my freezer stocked with stock (sometimes referred to as broth). Putting the bones in water with a splash of vinegar to draw out the minerals, boiling it overnight and then adding a few vegetables and parsley only takes about 5-10 minutes active work time.

Straining the broth and freezing it might take another 15-30 minutes depending on the size of my batch, but since I can make two gallons of stock for mere pennies compared to 3/$2 for a 15 oz. can, I can’t help but gleam with frugal joy. Learn how to make traditional homemade chicken stock for yourself.

When I learned that the fat in homemade chicken stock actually builds your immunities, I stopped skimming the fat and started making a conscious effort to include it in our family’s meal plans at least once a week. That was about the time my family started having a serious lack of colds and stomach bugs for an entire winter.

See more about the incredible health benefits of chicken stock and broth, including collagen, a truly rare food find. 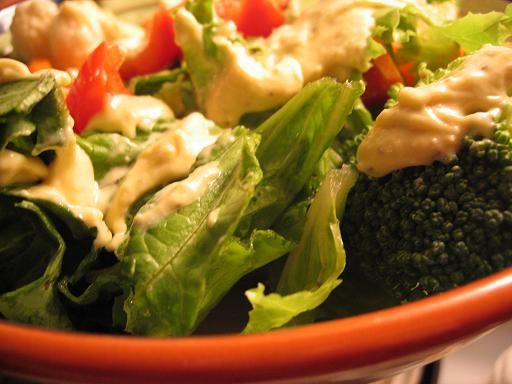 I started making homemade dressing when I tried avoiding all white sugar one Lent. I had no idea there was so much sweetener in salad dressings!

Now that I’ve learned about the high omega-6 content and frequent GMO status of soybean oil, the main fat in almost all purchased dressings, I’m committed to making my own with extra virgin olive oil. I go through about a gallon of EVOO every four months.

It costs over $2.50 to make 16 oz., which is actually considerably more than a good deal on Kraft dressing. That stings, but I’m convinced that the nutrition is worth the premium price.

Simple oil dressings like Italian or balsamic vinaigrette take almost no time at all. My favorites, homemade caesar and Asian toasted sesame dressing, take a bit longer but are well worth it.

When my homemade mayonnaise is available, I can whip up a pesto ranch in about a minute with equal parts mayo, sour cream and yogurt whisked with a dollop of thawed pesto from last summer’s farmer’s market basil. 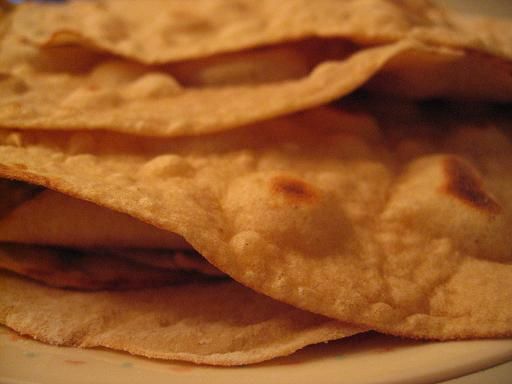 I feel like an elderly Mexican woman when I break out the rolling pin and make tortillas for taco night. This make-from-scratch food saves a bit of money and pumps up the nutrition considerably, but it is quite time-consuming. Mixing the dough takes five minutes, but rolling out 8-10 rounds is at least another ten.

Here’s my sticking point: I can’t find tortillas without some sort of trans fat or questionable preservative in them. I avoid trans fat like the plague, and the corn tortillas I thought might be the answer had parabens in them, the same chemical I try to avoid in my shampoo. 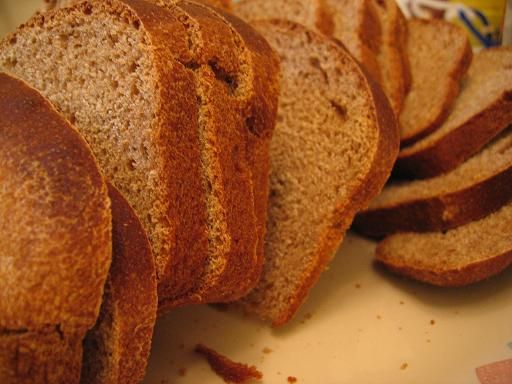 Not only do I regularly make the bread I thought I’d never, ever make from scratch, but I use a method that’s known for failures and requires added skill and patience.  My homemade sourdough starter needs to be tended carefully and takes much longer to rise than conventional yeast bread, but the health benefits of real sourdough bread convinced me it was worth it.

The sourdough process breaks down harmful substances like phytates, tannins, and even gluten, and it makes the grains exponentially more digestible than any other kind of food preparation. Wheat bran is particularly difficult for many people’s systems, so expensive whole grain bread may be doing as much harm as good.

I could never pull off homemade bread, especially sourdough, if I had to to knead it myself.  Manual may be better for my fitness, but I’d stress out and make bread worthy of a doorstop.  My KitchenAid mixer’s dough hook makes it all possible, and I only have to spend 10-15 minutes of active time, broken into four parts over the course of 18 hours or so.

I feel deeply satisfied when I can feed my kids homemade, 100% whole grain, ultra-nutritious sourdough bread, risen with yeast I captured from the air myself, for free. And if you’re wondering, my loaves do cost less than the bread outlet anyway.

What make-from-scratch foods would you never compromise on?  What is your motivation for from-scratch cooking?