Katie first shared about her family’s adoption journey in December 2011. Here is the next installment.

Three years ago, when my husband and I decided to adopt a child, I never envisioned that one day I’d be riding along in a taxi on bumpy, twisty mountain roads in Colombia, South America, half drugged on Dramamine, weak from exhaustion, and just hoping to make it back to the hotel in one piece.  But that is where found myself last March.

Our new little girl, Laura*, sat next to me in her car seat.  I wondered how she would react to being strapped in (it’s a bit of a novelty there), but thankfully she didn’t mind. She looked out the window with great interest at her surroundings, and as long as I kept up a semi-continuous stream of cookies, she seemed quite content.

Laura and I were traveling from Bogota to her birth city in order to get her new birth certificate, updated with her new name – our family’s name.  The adoption had been finalized the day before, and Laura was now officially part of our family.

After two years of paperwork, six weeks in-country, and five weeks in court, we were finally a family of four. Our older daughter, Annie*, was now a big sister; my husband and I were now the parents of two girls.  What a magical and tragic and joyous and grief-filled journey, to welcome a child into our family through adoption.

Laura makes us laugh so hard.  She has the most hilarious facial expressions we have ever seen.  She hams it up anytime someone pulls out a camera.  How did she learn that?  It is a wonder.  She crawls faster than most children can walk, and screams with delight whenever we tickle her.  She is pure joy.

But last March, she didn’t yet walk, didn’t yet speak – and she had just turned two years old.  She couldn’t stand without support.  She only had six teeth, and she struggled to chew solid food.  She would hit me when she got angry, growling and swiping at my face with fierce precision.

I stare into Laura’s deep black eyes – they are pools of ink – and wonder about her birth mother.  I wonder what she would think if she saw Laura now.  And I wonder how the absence of a mother and father in the first two years of life has affected Laura.  Only time will tell. 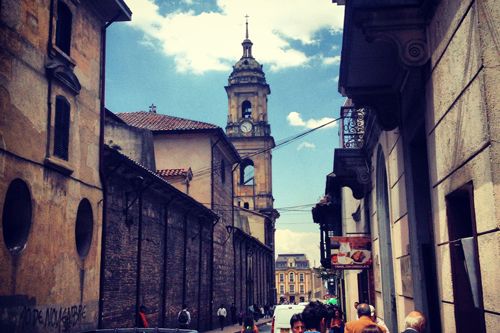 The day we went to the orphanage to meet Laura and take her home, we got there early.

Actually, we were on time, but after we arrived they told us that our appointment had been pushed back by two hours.  Two hours!  We joked nervously about “life on Latin time” and enduring “labor pains”, and tried to hide the rawness of our emotions, simmering just below the surface.

So we headed back to the taxi, and as we walked we passed a woman carrying a young toddler girl.  The woman was wiping tears away from her face with one hand as she balanced the girl in her other arm.  Skirting past them on the sidewalk, I looked at the little girl and did a double-take.

She looked like our Laura.  My stomach flipped over.  The only photo we had seen of Laura was six months old by then, and I mentally compared the photo with this girl. Her tiny face was buried in the woman’s chest, but as we walked in opposite directions, I strained to look back over my shoulder, and I could see her fat pink cheeks and black curls.

Then they disappeared around a corner, and out of sight.

I tried to put it all out of my mind, and concentrated on avoiding car-sickness as we drove over to a park where our older daughter could play while we waited. 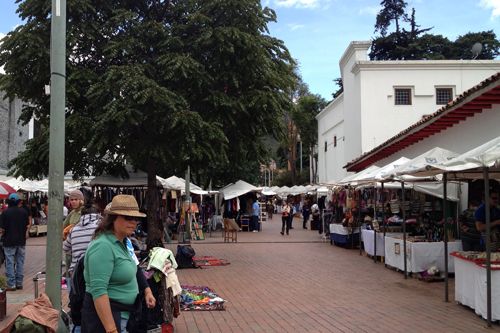 Two hours later, we returned to the orphanage and saw Laura face to face – for the second time.  It turned out that the little girl I saw was indeed our daughter Laura.

Looking back on that moment, I like to think that the woman carrying her and wiping away tears was shedding those tears because she loved our daughter, and she was sad to know that was the day that Laura was leaving.

Tonight I am rocking her to sleep, singing lullabies softly under my breath, and she stares up at me with those black pools of ink, and I stare back. Her left hand reaches up and strokes my face, gently poking at my eyes and grasping for my nose.

I take her hand and hold it in my own, kissing it once before I lay her down in the crib.  She looks up at me and smiles  – a spontaneous burst of joy stretching across her sweet face – then rolls over onto her stomach and closes her eyes.  Her breathing becomes even and rhythmic.  I slowly exhale and tiptoe away.

I am so grateful.

Have you ever considered adoption? What are your thoughts?