Daisy breaks a large cinnamon stick into shards and places a few at a time in small plastic bags. Her daughter sits close, learns the trade. Daisy is a street vendor taking care of two kids by selling spices to passersby. 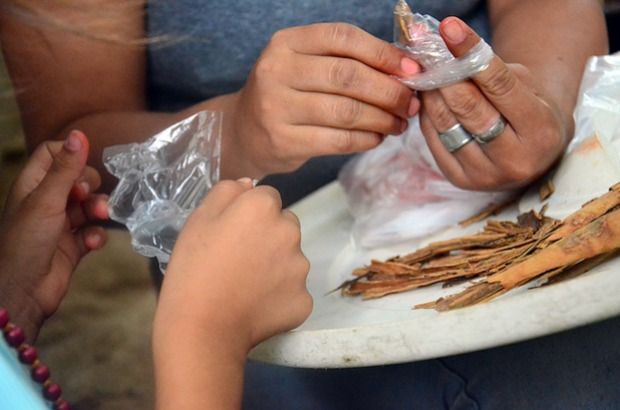 She lives in a one-window concrete box the size of my garage on the outskirts of Manaugua, Nicaragua. Sweat drips from her brow as she shares her life in broad strokes.

She shakes her head back and forth slowly, looking at the ground for a moment before lifting her head to look me in the eye once more. “All the women…we live here together because…we have had bad experiences with men.”

I visited with the poorest of the poor in Nicaragua last week and rarely saw a man – a father, grandfather, uncle – in the home.

They left for work, for another woman, in the dead of night, to buy groceries, after one lovedrunk evening, after a year together…and never came back.

The U.S. much different?  Not much. My father worked for the Texas parole board for a number of years. His job was to interview countless men coming up for release – to hear their story, document the details of their offense and their lives before. Not one, he once remarked, had a dependable father.

Fatherlessness is an epidemic. 24 million children in America – that’s one in three – live in a home without a dad. After so many years of this, we can now count the consequences in many of our own communities.

Effects of Fatherlessness on Children

The less a father reads to his infant, the lower that child scores on a standardized vocabulary test at age two. The more involved a father is with his child’s schooling, the more likely that child is to make all A’s. A father’s influence over a child’s educational achievement is greater than the mother’s.
Source: Paulson, J.F., Keefe, H.A., & Leiferman, J. A. (2009). Early parental depression and child language development. Journal of Child Psychology and Psychiatry, 50, 254–262.
Source: Nord, Christine Winquist, and Jerry West. Fathers’ and Mothers’ Involvement in Their Children’s Schools by Family Type and Resident Status. (NCES 2001-032). Washington, D.C.: U.S. Department of Education, National Center for Education Statistics, 2001.

Obese children are more likely to live in homes without a father present.
Source: National Longitudinal Survey of Youth

Being raised without a father rises the risk of teen pregnancy, marrying before completing high school, and marrying someone who has not completed high school.
Source: Teachman, Jay D. “The Childhood Living Arrangements of Children and the Characteristics of Their Marriages.” Journal of Family Issues 25 (January 2004): 86-111.

There is a proven correlation between the closeness of a child’s relationship with dad and the number of friends he’ll have who smoke, drink and use hard drugs. Closeness is more likely when dad lives at home with the child.
Source: National Fatherhood Initiative. “Family Structure, Father Closeness, & Drug Abuse.” Gaithersburg, MD: National Fatherhood Initiative, 2004: 20-22.

Youth without a father in the home are significantly more likely to be incarcerated than those living with mom and dad. Children who have never lived with a father in the home are the most likely to be incarcerated of anyone in society.
Source: Harper, Cynthia C. and Sara S. McLanahan. “Father Absence and Youth Incarceration.” Journal of Research on Adolescence 14 (September 2004): 369-397. 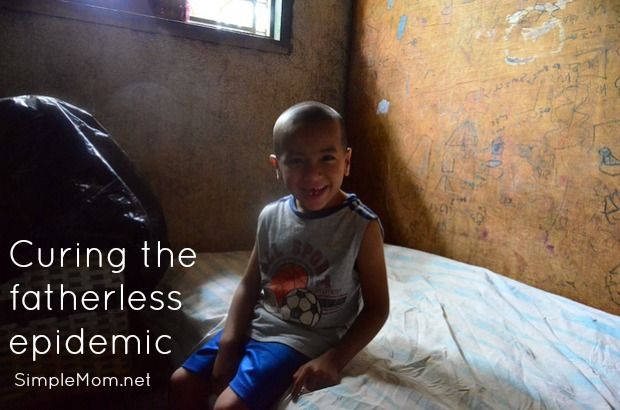 What Can We Do About It?

The last thing I want to do here today is make women feel awful. To make much of a father’s importance to child development need not make little of mom’s. All the research I’ve cited above proves not only dad’s critical role in forming children, but also makes clear that the healthiest environment in which to raise a child is one shared by a mom and dad. We do our best work together, don’t we?

And I don’t want to disparage single mothers either. Some households are dadless for very good reason – for the protection of mom and child from a creep, for instance. No arguments from me there.

I’m writing to men. So if you know any, please pass these words along: If a home is without a father, for whatever reason, good men can and should fill the void.  Stepdads, grandfathers, uncles, school teachers, coaches, ministers, and neighbors. A dad is ideal, but a man who loves well is a close second. 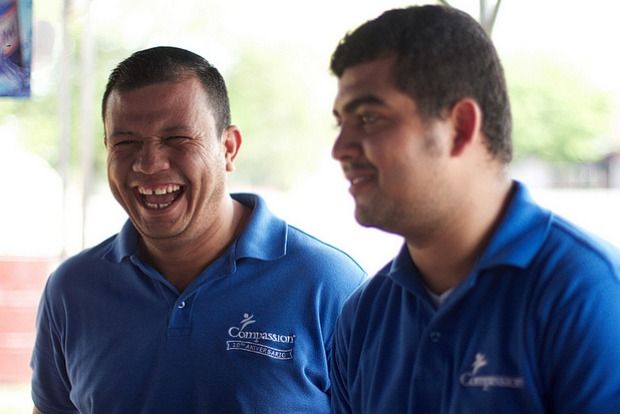 Daisy’s children participate in Compassion International’s child sponsorship program. As part of that program, many men acting as mentors and teachers spend time with her children three days every week. “I don’t have bad experiences with these men,” Daisy says.

They teach her children to play soccer, to read and write. They walk her kids around to school and back, so they aren’t abducted and trafficked like so many children in Nicaragua have been. They are not fathers to these children, but they love, encourage, and protect well. 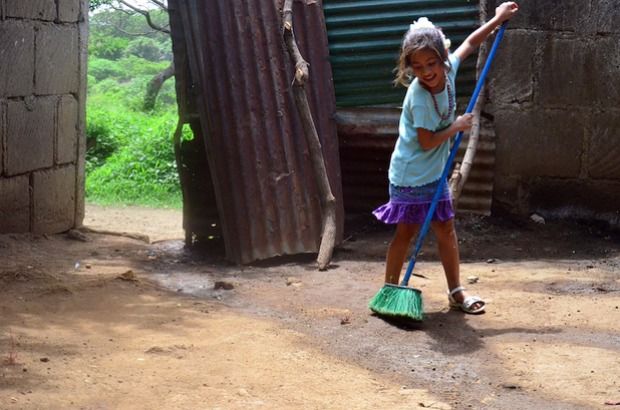 Back in American suburbia, down the street from our cul-de-sac, lives a ten year old I’ll call Emily. Her mother is in prison so she lives with her grandmother. Emily’s never known a father.

One day when she was eight, over a tray full of snacks at our kitchen table, Emily and my kids and a few others from the neighborhood chatted about what they wanted to be when they grow up. An astronaut, a daycare worker, a rock star, a football player, a cosmetologist, a mommy.

Then it was Emily’s turn. “I want to rob banks.”

That was two years ago. A hundred snacks, hugs, trips to the swimming pool with us, and countless conversations later…Emily tells me today she wants to be a school teacher. “Third grade,” she says and reaches for another ample handful of popcorn.

She smiles with a mouthful. I think that means she does. I do.

Thank you to National Fatherhood Initiative for the excellent data used in the creation of this post. Go there to learn more about fatherhood.