In my last post, I introduced myself as a person in debt. I hoped to be a source of encouragement for anyone who might be struggling with money.  I was touched by the comments that followed. Thank you.

One question seemed to come up: how did we get back on our feet when living less than paycheck to paycheck?

Some of you are in a tough spot through circumstance;  maybe you’ve lost a job, you’ve faced illness, or worse.

Our money problem wasn’t an income problem, it was a spending problem. We made enough money, but we were far from careful with it.

Every situation is different, but here is what helped us get back on track: 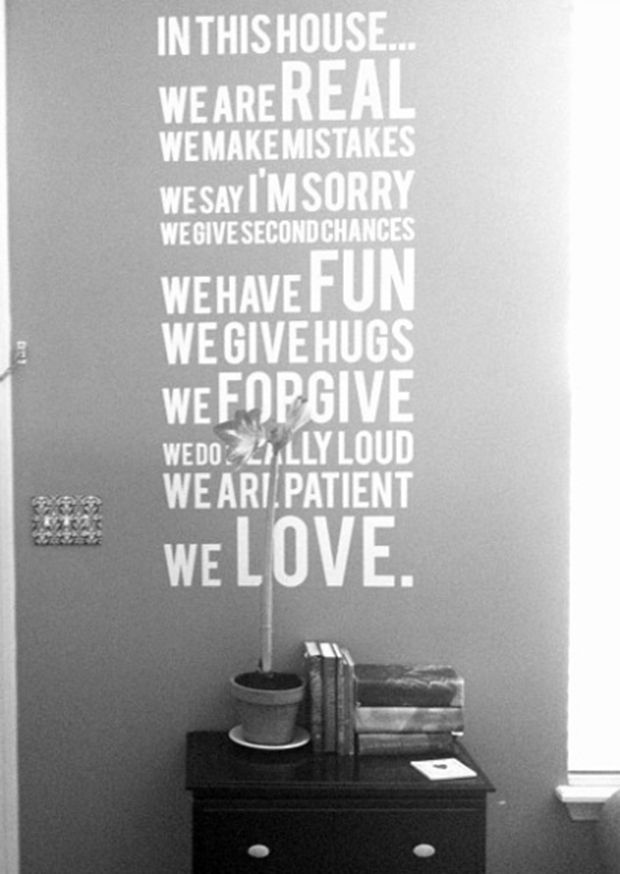 Once my husband and I had a heated, ugly argument over coupons.  Yes, coupons. He went to the store but forgot the coupons.  I was furious because I was scared and the difference in our bill seemed like the end of the world.  But, no amount of savings was worth the hurtful things I said.

Give each other some grace and realize that you are both on the same side.

We wrote down every penny we spent. We couldn’t figure out which holes to plug until we knew which were leaking the most water.

People are emotional, but money is unemotional.   If your mini van payment is more than you can afford or your grocery budget is unrealistic, numbers won’t lie.  There’s no need to point fingers; the facts speak for themselves.

We were making mistakes like budgeting backwards, deciding what we wanted to spend money on and then plugging in the numbers, which, of course didn’t add up.

Look for things you’re doing well. We saw that we earned enough and we could live on what we made if we lived frugally (though we wanted to earn more to help pay down our debt).

We re-set our priorities: 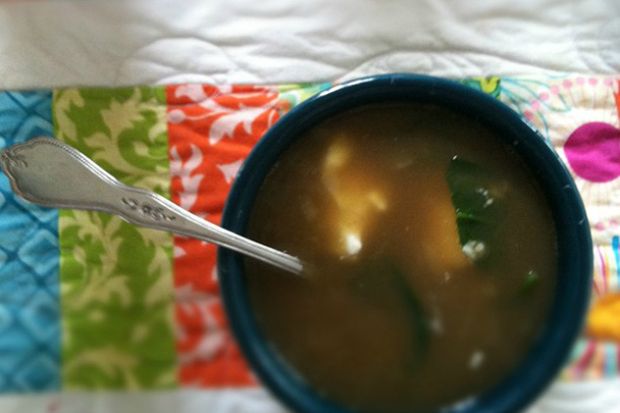 I’m not just talking about getting rid of cable or cutting our take-out pizza habit.  I’m talking about the things most people don’t pay attention to.

We were vigilant about the electricity and water usage, washing only the truly dirty clothes (instead of wearing once and then washing). All summer, our family slept in the same room so we only had to cool one part of the house.  We turned our thermostat down when cold weather came.

We ate meatless meals. If the kids didn’t finish a piece of fruit, we cut off the teeth marks and put it in a baggie in the freezer for smoothies.  The dog didn’t get treats – he got cuddles instead. We cancelled our newspaper when my mom said she’d save her coupons for us.

I stopped giving the kids a bath every day; they didn’t need one daily, anyway.  We ate smaller portions so that the kids could have seconds. We combined errands and stayed home to save gas money.

I became the woman picking up the penny on the ground or going to customer service when the advertised price that didn’t ring up at the register (something I would have been too embarrassed to do before).

We became vigilant about things like the amount of laundry soap used and how long showers were.  “Turn off the light” or “shut the fridge, you’re letting the cold air out” became our mantras. 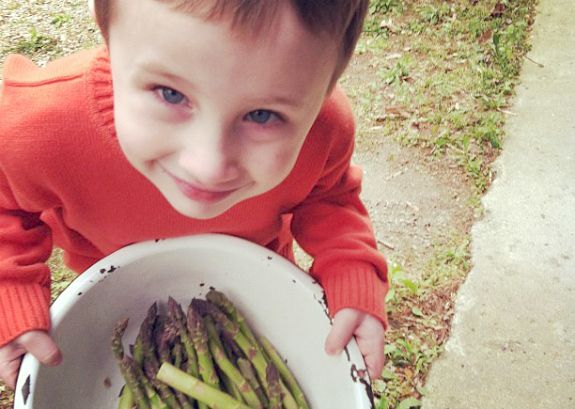 Our kids wore clothing that didn’t fit exactly right and in colors they didn’t like, and my husband’s work clothes got a little threadbare before we could afford to replace them.

If we ran out of milk and there wasn’t anything left in the grocery budget, we didn’t buy more milk. We made do.

Slowly, we gained financial ground.  And always, always we were conscious of the fact that others had it harder than we did. 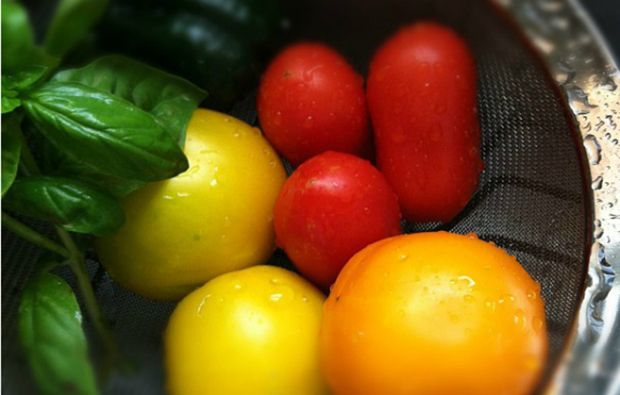 I am not talking about a loan, because we were in enough debt.  But, we did ask for help.

When Grandma called asking what a child would like for their birthday, we would say, “well, she wants ___ but she needs ____.”

My Dad brought us fruit and veggies from his garden every week.  We were grateful for it and my dad was glad to give it.

We signed up for a discount food program where we could purchase a week’s worth of food for a low price.  We didn’t need to do this for very long, but this was a blessing until we got back on our feet.

We called our creditors. It wasn’t easy, and it was not fun, but it was necessary.  Most were willing to work with us.

There’s no such thing as “small change.”

Once we got caught up on all of the bills, we started an emergency fund.  We took a jar and emptied our change into it.  Every week our goal was to increase the amount by at least a dollar.

After a few months, we started a bank account to earn interest.  We sold things to add more money and kept upping that weekly amount.  Any extra money went into the emergency fund. 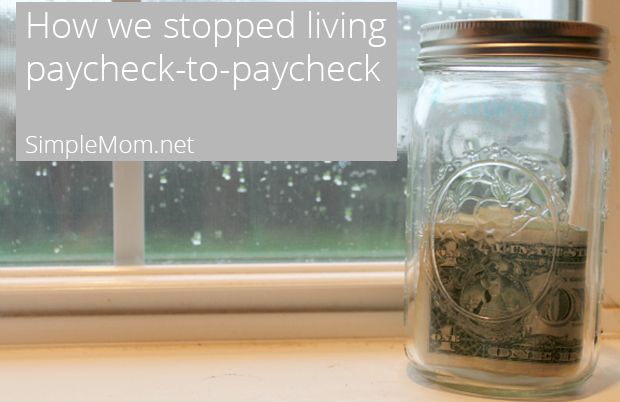 The sound of that first handful of change hitting the glass bottom of the jar seemed futile, but it was a new beginning for us.

If things are looking futile for you I hope you get that new beginning, even if you have to make it happen for yourself one jar full of change at a time.

Have you ever found yourself living paycheck to paycheck, or worse?  What advice would you give to someone struggling?