This shouldn’t come as any big surprise, but when (not if) something happens, we parents are still bewildered.

Maybe all the signs were there, but we missed them. Work, marital issues, financial stresses or any number of distractions blind us. And sometimes we simply don’t see what we don’t want to see.

Hear me clearly: this is no message of condemnation or finger pointing. It’s one I understand first-hand, and, if you’re willing to receive it as intended, it’s cautionary counsel.

It’s, at minimum, a foolish posture to presume “My child would never do that!” It’s potentially dangerous to think otherwise.

Disappointing choices come in broad spectrum, from academic underachieving to cringe-worthy videos on YouTube.  The consequences are just as diverse. 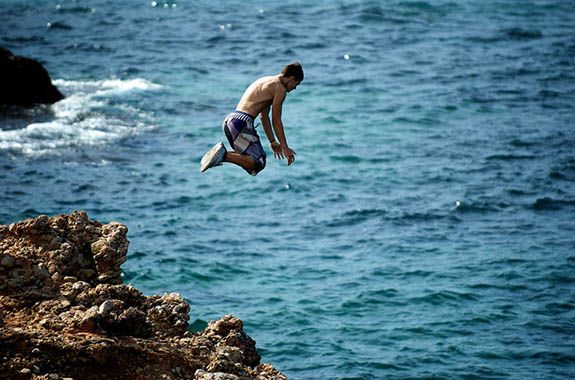 I’ll give you an example (shared with his permission). My oldest, late to soccer practice, rushed to get there on time rather than obeying the speed limit. He got a speeding ticket and points on his license.

Rather than us paying the fine and accepting the points (which would increase our insurance), he worked for weeks to earn enough to pay for the fine, court costs, and driving school (an eight-hour course that reduced the points).

Because of this, he fully understood the ticket was a result of his choices, and he alone should bear the responsibility of taking care of it. A long, boring Saturday class and no spending money for weeks will help him remember the speed limit next time he’s tempted.

The older our kids get, the more resourceful we need to be in helping them make good choices. There’s a gradual, almost imperceptible shift when we stop making choices for them and transfer the decision-making power on their own shoulders.

(And of course, the exact age this happens depends entirely on each kid and each family.)

Peer pressure is weighty, loud, and can sometimes lead a group over a cliff, especially if a kid can’t see a way out. Sometimes a parent’s job is to help carve that way out—and it requires imagination, creativity, and on occasion, a solution that, at first glance, seems counterintuitive.

My sister, a teacher with two amazing college-aged daughters, suggested something to me that initially shocked me. But her rationale convinced me it might be a good idea:

At first I was offended by her suggestion—none of my kids or their friends appear to be interested in drug use.  A few of their friends have experimented before, but consequences from those poor decisions convinced them not to continue.

Based on her experience and the candid feedback from her daughters, she made a compelling case:

Providing a way out

All of that was well and good, but I was still resistant until the tipping point:

It relieves the peer pressure and gives your children an “out.”

Let that linger a minute.

Your kids might be angry or offended by a random, seemingly out-of-nowhere drug test. But it’s irrelevant, because of this motive of yours, and if you explain it well, they’ll actually be grateful.

You’re providing them the “out” they can always fall back on.

If they’re with friends and something is offered, they can pass and honestly blame their parents.  Of course, you hope they’d have the strength and conviction to “Just Say No” on their own, but it’s just not always the case.

Word gets around.  Classmates or friends will soon learn who the “strict” parents are, who dare to drug test their kids. Most will respect it (and I suspect a few will wish their own parents would do that for them).

If you’ve never suspected drug use, it’s likely the results will be negative. If you’ve wondered, you can blame the timing of this “out of the blue” test on “this article I read on the internet.” (You’re welcome.)

Parenting is never easy, espeically when it’s not something you want to think about. That’s all the more reason we should look out for each other.