When I was in high school I had a part-time job at Blockbuster Video (VHS tapes! Be kind, rewind!). One of my co-workers was a guy named David* who had cerebral palsy.

It was the first time I’d really been around someone with a disability. David was a typical guy in every way except that he walked kind of strangely and used forearm crutches for support. His arms and hands were a little bit bent and twisted, making some of our tasks more challenging for him.

I thought about David when I found out that my daughter Laura* has cerebral palsy.

For many of us, there might be a shroud of mystery surrounding those words. They might seem a bit scary — or a lot scary.

They might conjure up images of severely handicapped children. They might just represent totally new or unfamiliar territory, and you’re a little uncomfortable with the whole thing.

It’s okay; I understand because I used to feel all of those things, too. But now that I have a daughter with cerebral palsy (CP), I’m learning a lot. I’m learning what CP is and what it means, and that I don’t have to be afraid of it.

So, for this month’s Intellectual Grownup offering, I thought I would share some of what I’ve learned about CP, in the hope that I could pull back the veil a bit, remove some of the fears, and bring a little more awareness and understanding into our world.

What is cerebral palsy?

Cerebral palsy is a blanket term, which means that it covers a lot of different symptoms. With CP, the one thing that all of those symptoms have in common is that they are caused by injury to or abnormal development of the brain – hence, the word “cerebral”.

This brain damage almost always happens in utero, during birth, or shortly after birth. Sometimes parents and doctors know exactly what happened to cause the injury; sometimes, they have no idea. 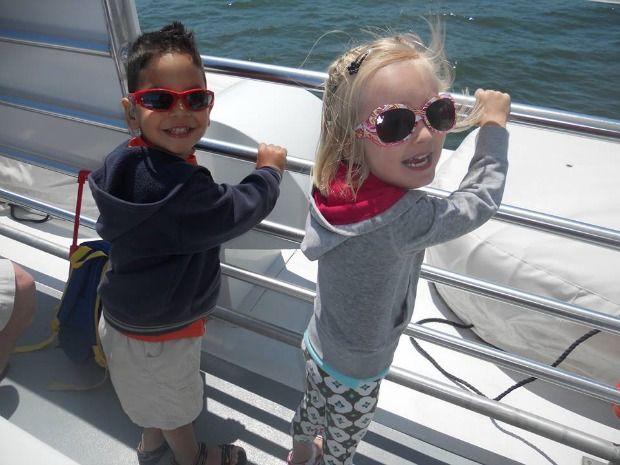 This is Sean and Jena, two sweet siblings with cerebral palsy.

The damage to the brain can be severe, moderate, or mild. The injury cannot heal, but as the brain grows and develops, it can often learn to compensate for the injury, especially through methods such as physical and occupational therapy.

Depending on the location and severity of the injury, there can be any number of different symptoms, or “manifestations”, of cerebral palsy. Some of the most common manifestations include problems with: 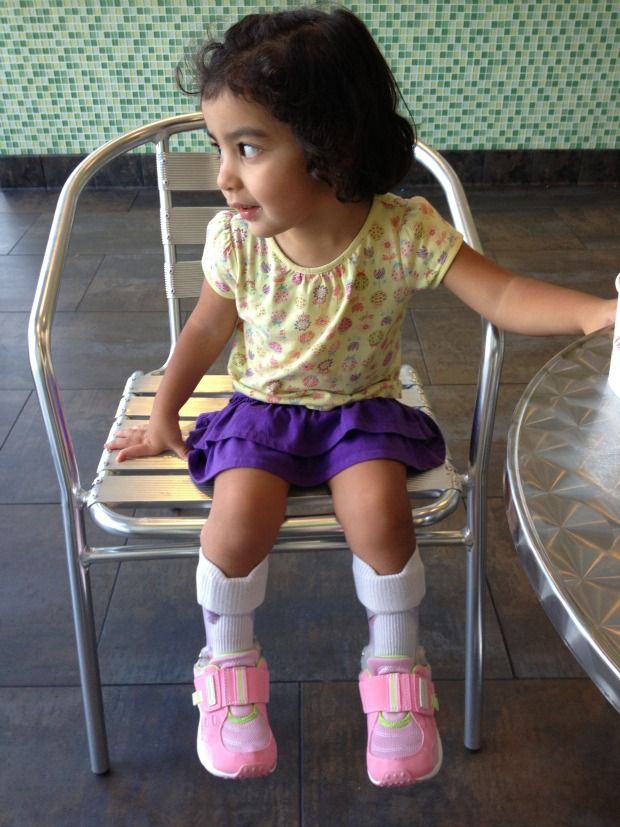 That’s my daughter Laura pictured directly above. We adopted her around the time she turned two. She was born twelve weeks premature, and shortly after her birth she experienced an episode of cardiac arrest and neonatal seizures. Now she is three years old.

Her CP has manifested primarily as gross motor delays. The muscles in her ankles are too tight, which makes it hard for her to flex her feet, and so she was a very late walker. 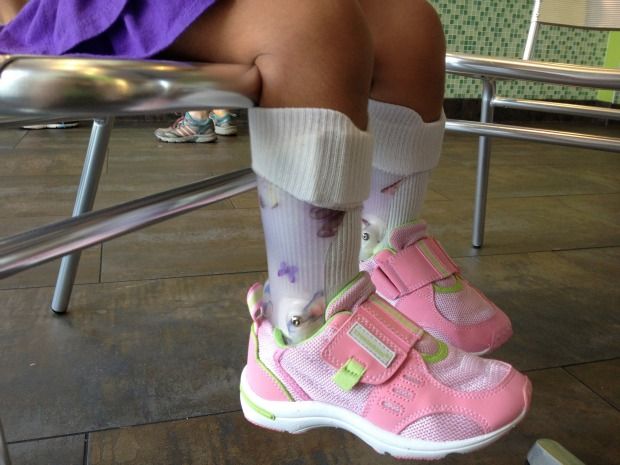 Now she wears braces on her feet and legs and uses a walker for long distances. She goes to therapy regularly so she can learn to jump, climb, and run. Her left eye tends to turn inward, so we do the pirate look and patch the right eye sometimes, so the left eye can strengthen. She has a few other CP-related issues, such as mild constipation, and minor fine motor delays, but overall she’s doing great! 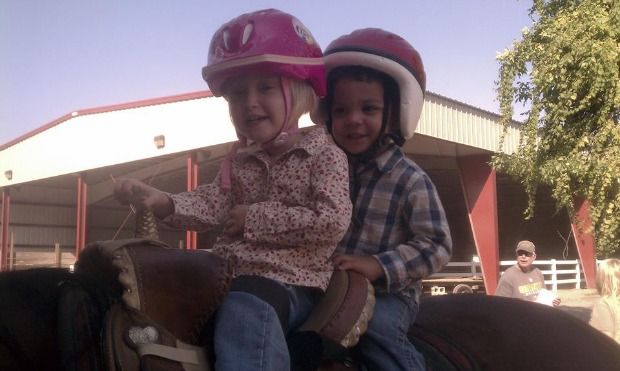 This is Jena and Sean. They were also pictured above, on the boat. Jena and Sean are siblings (one biological, one adopted) and they both have cerebral palsy.

Jena was born fourteen weeks early, which caused a severe brain bleed on the right side of her brain. She experienced many gross motor delays, primarily manifesting in high muscle tone in her left leg and left hand, and low muscle tone in her core.

Now she is four years old and thriving. She wears a brace on her left leg, which helps increase the flex in her ankle, and she still has some minor struggles such as chronic constipation. She loves to ride ponies and she loves her brother, Sean. 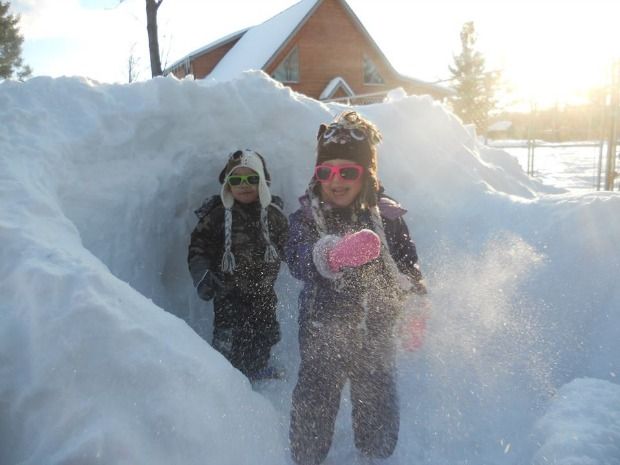 Jena’s family adopted Sean in the spring of 2012 (that’s them again, playing in the snow). Sean’s CP mainly affects his right leg, and he too wears a brace to help re-train those muscles. Sean and Jena’s parents are unsure about what caused his CP, though the MRI of his brain suggests he may have been deprived of oxygen at birth. But overall, Sean’s CP is very mild. 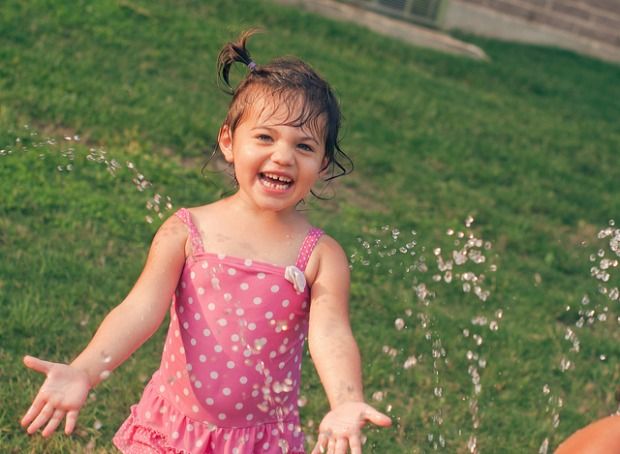 And this sweet girl is Layla. Layla is four and a half years old, and her parents don’t know what caused her CP. The MRI of her brain confirmed the diagnosis, but they don’t know how or when it happened.

She had some delays in her motor skills, but the primary manifestation of the CP for Layla is a speech delay and intellectual impairment. She has made some good progress lately, imitating sounds and words more and more. She is friendly and happy, she loves to swing and swim, and she is a joy to be around. 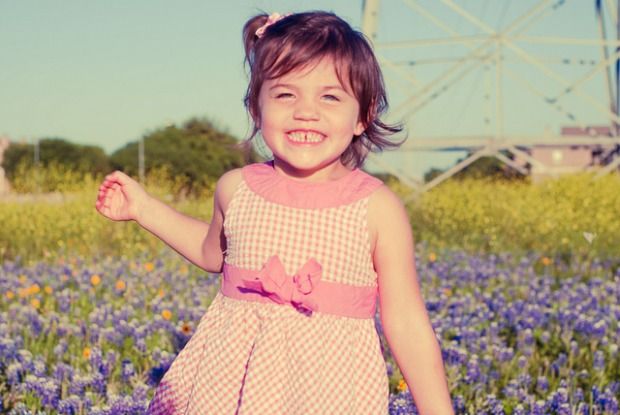 Cerebral palsy looks different for everyone

All four of these children have CP, but it looks very different on each of them. Some of their symptoms are milder; some are more severe. I personally know all of them, and they are some of the greatest kids ever.

They are fighters. Life doesn’t always work easily for them, but they are tough little kids who go after it with all of their hearts.

But overall, the thing to know is that these kiddos are just normal little kids.  Their disability doesn’t define who they are.

(They might have to keep their shoes on at the indoor play gym because they can’t walk without them!)

But inside, they are children just like every other child in the world.