This week my husband Christopher and I are celebrating lucky anniversary number 13.  If you had told me on our wedding day about the things we would face over the next thirteen years, like getting into and then paying off $95,000 in debt (and counting), I’m not sure I would have made it down the aisle.

(Though I’d like to think I would have at least been smart enough to re-think that whole put-the-wedding-on-the-Visa decision).

I’m just kidding about not making it down the aisle, of course, but I had no idea of the impact that our finances, especially debt, would have on our marriage.

In honor of anniversaries and doing better when you know better, I’m sharing what I have learned so far about marriage and money. 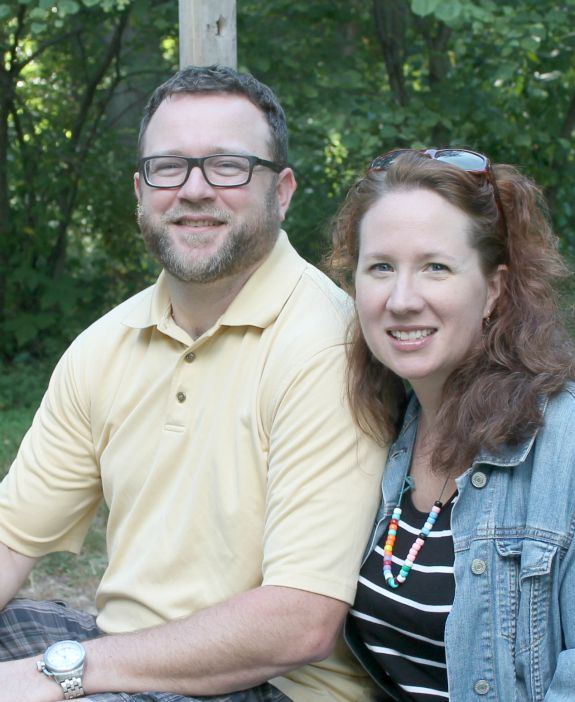 Get on the same page.

I can’t say it enough: get on the same page when it comes to your money.

Our marriage isn’t perfect, but I do know that we didn’t start making real progress until we stopped fighting about money and starting working together to fix our problems.

That isn’t to say the issues dividing us have disappeared, but we’re working to be mature enough not to lose our tempers and play the blame game. We share the same goal.

Don’t stop talking about it, but don’t let it be the only thing you talk about.

Once you’ve decided to work together toward getting out of debt, keep talking about it.

But, don’t let money become the only thing you talk about. Let’s face it: debt isn’t sexy. Who wants that to be the focus of your marriage? Um, no one. So no talking about budget spreadsheets or rolling debt snowballs in your bedroom, okay?

Make sure you’re on the same page, check in regularly, but don’t obsess about money. You will get there (you can do this!) so focus on the positive things while you work through the negative.

For example, after my last post, some expressed concern about our kids not taking a bath every night. At our house, some days a good once over with a wash cloth will do (don’t worry, truly dirty babies and grubby children are scrubbed in the tub). That works for us, but for some skipping the daily bath might be a bridge too far. And that’s okay. Respect that.

Whether it is saving the apple with a bite out of it, second-hand clothes, or scrimping on utilities, we each have our own line in the sand. What is no big deal to you might actually make your spouse squeamish.

At our house, we deal with those things on an individual basis, usually deferring to the squeamish one. Staying realistic about our financial situation, we adapt so we are both comfortable with our level of frugality.

Note: when we were living less than paycheck to paycheck, we each had to do things we weren’t comfortable with. Neither one of us regrets that. When your life needs radical change, you must be willing to make radical changes. 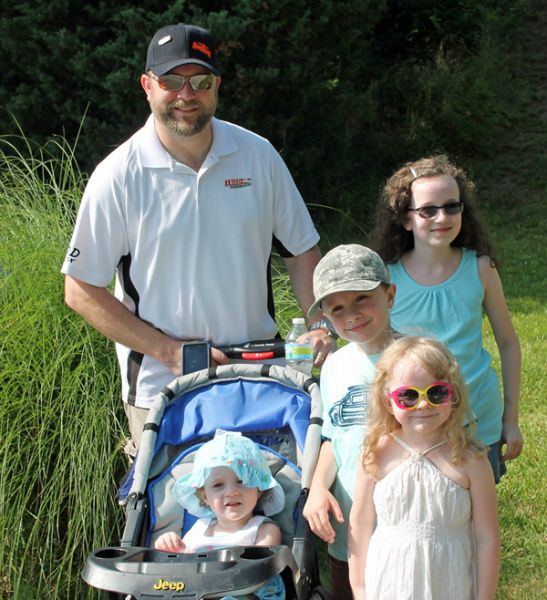 There have been times in this debt-free journey where I couldn’t see the forest because of some massive trees blocking my view (that sleep deprived new baby phase is a pretty mighty oak to try to look around, right mamas?)

During the times I didn’t have faith in myself, I had faith in my husband who was there reminding me “a year from now it will be better.”  He promises me that every anniversary and you know what? He’s usually right.

I may not always trust our situation, but I do trust him.

Fun money with NO judgement.

It isn’t much, but every time we sit down to work out the budget Christopher and I each have a separate but equal “fun money” fund. Now, the equal part of that last sentence is important, as there’s no need to be a money martyr, but so is the separate part.

We can spend our fun money on whatever we want  – with no judgement from the other person.

Otherwise, conversations like this happen:
• “You spent HOW much on yarn? Does the sheep come with it?”
• “I don’t understand why you’d pay good money to take a long walk in the sun while hitting a little ball around a field with a stick.”
• “Honey, why is ‘ice cream’ a category in our budget?”

You love each other. Remember that.

Living with debt is hard. Why make it harder by screaming over forgotten coupons or holding a grudge about a past mistake?

You’ve got a lifetime to live together, and it’s going to be that much sweeter because you’ve chosen to do this hard thing right now.

Give each other grace, speak to each other with kindness and respect, and know that this is only part of your love story.